Hunger is not a game for politics 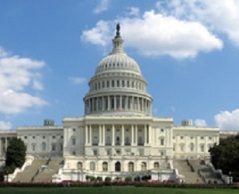 Over 50 million Americans suffer from hunger. Food banks are overstretched, and cutting back assistance will be a disaster. The cutting of food stamps will also eliminate hundreds of thousands of free school meals for needy children.

Globally, what could be more important to our foreign policy than fighting hunger. Our Food for Peace and global school-lunch programs save children’s lives, and help the recovery of nations leveled by war, disasters and poverty. This is the great humanitarian tradition of our country, the one that prevented the worst famine in history after World War II.

Today, food will determine whether there is to be peace and recovery in the Middle East and regions where there are massive flows of refugees and agriculture has suffered huge damage. The Syria crisis is alarming, with the UN World Food Program needing around $29 million a week to carry out a relief mission. Conflict and hunger are also ongoing in Mali, South Sudan and Yemen. Haiti needs food support as it tries to build its agriculture after suffering through a series of disasters.

Yet some in Congress seek to reduce funding for international food aid, even though it makes up less than 1⁄10 of 1 percent of the federal budget.

Some House members are trying to change this disconnect. Rep. Betty McCollum of Minnesota introduced the Global Food Security Act to put hunger back at the top of the foreign policy agenda, with a White House level coordinator. Over 30 humanitarian aid groups want this bill passed, and Congress should listen to what they have to say.

Food is the very basis of peace, a functioning economy or education. The idea that this is an area for budget cuts makes little sense, for domestic and foreign policy. It’s time Congress received this memo.

Originally published at the Cincinnati Enquirer.