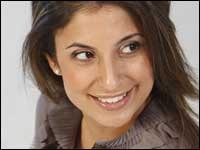 Desmond Tutu and José Ramos-Horta just wrote an oped on the Huffington Post titled Iran’s War Against Knowledge — An Open Letter to the International Academic Community. Their article discusses the denial of education to members of the Baha’i faith in Iran.

Last year I interviewed TV journalist Nava Ghalili about this very subject. I am reprinting the interview here from September 2010:

Millions of students will continue their pursuit of a college degree. Just imagine for a moment though if you were told you were not allowed to go to college, simply because of your faith.

That is exactly what happens to members of the Baha’i Faith in Iran. The Baha’i’s are a religious minority in Iran that advocates unity and peace.

The government of Iran bars members of the Baha’i Faith from going to college or even holding certain employment. That alone tells you the Baha’i’s are a persecuted minority in Iran.

But it gets much worse. Recently, seven leaders of the Baha’i Faith were sentenced to 20 years in prison (according to CNN, the sentences were just reduced to 10 years). The Iranian government accuses them of spying and spreading “corruption on earth.”

“This is a shocking example of the Iranian state’s continued discrimination against the Bahá’ís. It is completely unacceptable.The Iranian judiciary has repeatedly failed to allay international and domestic concerns that these seven men and women are guilty of anything other than practising their faith. It is clear that from arrest to sentencing, the Iranian authorities did not follow even their own due process, let alone the international standards to which Iran is committed.”

Nava Ghalili is a multimedia journalist who works for Fox 43 News in York, Pennsylvania.  She is also a member of the Baha’i Faith. She took the time to answer a few questions about the crisis of the Baha’i’s in Iran. Most importantly, she answers how anyone can take action to help the Baha’i’s.

You have worked as a journalist in the United States and also Australia. But back in Iran would you have had the same opportunities in journalism as a member of the Baha’i Faith?

You know, I think we should first feel so blessed to be living in a place where we have the freedom to express our feelings and thoughts, our beliefs. It’s such a great part of being human, being able to seek the truth for ourselves and share this with others.

As a journalist I feel very grateful to be sharing the stories of humanity on television, with no fear of what the truth I have found can do or whom it will affect.

In Iran this may not be the case, as a Baha’i we cannot express our beliefs freely.

They are unifying beliefs of the equality between men and women, the balance between science and religion, the oneness of humanity, the elimination of prejudice and the abolition of the extremes between poverty and wealth.

In Iran as a journalist there might be a fear that accompanies the occupation, a fear that I could be hurt by exploring the truths I find.

In Iran, as a journalist, regardless of what religion, there would be a fear to please a political hierarchy, and then couple that with being a Baha’i, a persecuted minority, it could be dangerous. I don’t believe the freedom to express, nor the opportunity, would be there.

It makes my heart very sad, because without expression, to me the light of truth becomes dim, for an entire society.

Why does the Iranian government fear a faith that promotes unity and peace?

The founder of the Baha’i Faith, Baha’u’llah says, “Love is a light that never dwelleth in a heart possessed by fear.”

I think in many ways, fear, when married to ignorance can breed very dangerous circumstances.

The Baha’i’s only long for peace, do not believe in war, but are constantly persecuted and tortured by the government, without merit or logical reasoning.

Theologically speaking, many Muslims do not believe or accept a prophet or messenger that comes after Muhammad, and because Baha’u’llah revealed himself after the Prophet Muhammad’s dispensation, there is resistance. This is the only thing I can think of with regard to their fear, quite similar to the persecution other religions faced in previous civilizations where the world did not feel comfortable or ready to recognize a new prophet or adopt new advancing principles.

Though is this a valid humanistic basis by which one should kill, imprison, and torture another innocent human being?

To me this is a futile resistance that carries with it little desire to seek the truth outside the traditional dogma which man has allowed himself to be consumed with, dogmas that carry little understanding of the true essence of what I believe religion to be — love, light, and truth and the ultimate progression of humankind.

So, to answer your question as to why this regime fears the proclamation made by Baha’is, when they seek only peace and harmony, I could not fairly tell you, because I am myself bewildered by the idea.

Are there elements of Iranian society that support the Baha’i and want the persecution to stop?

Sure there are, a great many people that herald and fend for the rights of Baha’i’s, we see more and more people whom are not Baha’i’s striving to protect the sanctity of that which is the Baha’i Faith, and we see them in Iran and around the world.

Right now there are over 50 Baha’i’s, most specifically seven, being imprisoned on charges that are not justified, they bear no legal justification. They are being persecuted simply because they are Baha’i’s.

To me, the Iranian society and culture itself is so opposite to hatred, Iranians are so hospitable, loving, acceptable, it is a rich and beautiful culture, which for a great time, historically, was the envy of nations, of civilizations.

It is not the people we see that are opposed to the advanced principles of the Baha’i Faith.

How can someone help the Baha’i in Iran?

I am so glad you asked because I think many of us think that from so far away there is little we can do, but we can do much.

Please write to your elected officials. They are the ones that can make a movement happen.