October 5th, 1947 – A Television First To Save Europe From Starvation 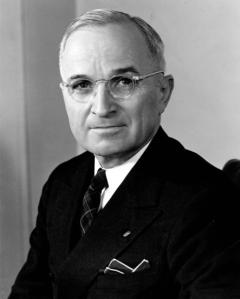 On October 5, 1947 the first presidential address ever televised from the White House was delivered by Harry Truman. The President discussed the urgent hunger crisis facing Europe and how Americans could help through food conservation.

At that time Europe was struggling in its recovery from World War II. Rebuilding from the devastation was difficult enough, but a harsh winter followed by a drought during 1947 ruined crops. Food shortages were rampant and Europe needed food to survive and rebuild.

President Truman said of Europe, “The nations of Western Europe will soon be scraping the bottom of the food barrel. They cannot get through the coming winter and spring without help–generous help–from the United States and from other countries which have food to spare.

“I know every American feels in his heart that we must help to prevent starvation and distress among our fellow men in other countries…. Their most urgent need is food. If the peace should be lost because we failed to share our food with hungry people, there would be no more tragic example in all history of a peace needlessly lost.”

Food from the United States helped Europe get through the winter of 1947-1948 and helped set the foundation for the Marshall Plan. It was this initiative that brought about Europe’s recovery.

In addition to President Truman, other speakers for the program included Secretary of State George C. Marshall, Secretary of Agriculture Clinton P. Anderson, Secretary of Commerce W. Averell Harriman, and Charles Luckman, who was the Chairman of the Citizens Food Committee.

Listen to George Marshall’s remarks on October 5, 1947. (audio is faint)

Read how Americans fought hunger in Europe during the Fall of 1947: 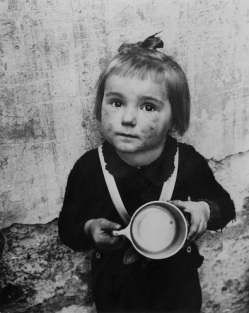